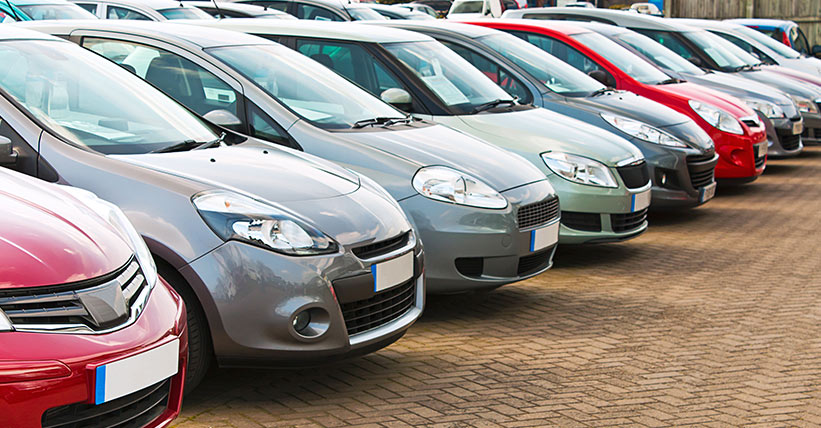 There is no escaping from the fact that the past year definitely was not the best one when it comes to the car market. The European market was hit by the low demand for vehicles particularly hard. There are many factors that came with the pandemic and the new agenda in our everyday lives that affected the market for cars significantly. With most of the people working home office, most of the time we spent indoors, and all the stress and fear of what will the future brings us, there is no wonder that people were not particularly keen on investing their money in a new car. Even now, passenger car registrations were down by 24% in January compared to the same period one year ago, according to data obtained by the European Automobile Manufacturers Associations.

What happens now? Nearly all of the European markets suffered double-digit losses in January this year, including three of the most major players on the car manufacturing and trade market - Spain, Germany, and Italy. Sweden is the only country that managed to increase its registrations year on year. Despite the overall trend of significantly decreased sales, some car brands are managing to enjoy some of their models almost doubling their market share compared to the same period the previous year. These are the best-selling individual car models in Europe last month.

Toyota Yaris is historically one of the best-selling car models and the brand once again managed to climb the step to the top place in January. The latest generation Toyota Yaris comes on a £19,910 starting price and is considered relatively expensive, the engine of this car model is also considered some of the best in the segment. The design of Yaris is one more factor making more and more people wanting to own it. Compared with the sales for the Yaris this month last year, this January the model witnessed an increase of 3%.

Peugeot 208 is making second place in the ranking despite the 15% drop in demand. The attractive £16,250 starting price of the latest model along with the great design place Peugeot 208 in second place, almost overshadowing Toyota Yaris in January last year.

Dacia Sandero get the prestigious Car of the Year award by What Car? And naturally, the demand for the car model increased. Dacia Sandero offers a great balance of really attractive £7995 starting price and impressive performance and great comfort that places the car in third place in high sales last month in Europe with a registered hike of 13% over the same period in the previous year.

January was not a very impressive month for Volkswagen Golf sales compared to last year's sales with a major drop of 50%. So the Gold suffered nearly double the average fall in the market. The expectations are that the new models GTI Clubsport and R, which went on sale in Europe by the end of last year, should help the model line to climb back to the leading position it was comfortably occupying for years.

The new generation of Corsa was revealed back in late 2019 and it immediately attracted people's attention with its sharp and cool design. Car testers were also impressed by the model's performance and the fresh engine and platform taken from Peugeot 208. As it happened with any of the previous generation Corsa models, the new one is also going stronger with a 20% drop in demand which is better than the market average.

The SUV model in Peugeot's family is one of the best-performing models in the segment in the context of this January's sales and compared to January last year with a demand soar by 87%. In the context of widespread market trouble and low consumer demand, the achievement of Peugeot's SUV is pretty remarkable.

Compared with the same period last year, the Clio model is marking a 32% drop in sales. However, the classic model by Renault is still being a front-runner in the competitive market of superminis. The new hybrid options are further broadening its appeal.

Panda is Fiat's first electrical car and it was launched last year. The supermini's appeal was strongly boosted by the push towards lower emissions. With 16% fewer sales of Fiat Panda compared to last January, the car model is still making it to the best-selling cars ranking, enjoying a less steep drop than the market average.

The T-Roc model lost ground due to the pandemic and compared to January last year, however, thanks to its great performance, practicality and ergonomics in a crossover package, Volkswagen T-Roc still manages to outperform the general market and becomes the second best-selling SUV/crossover in Europe.

It is not a surprise that Skoda Octavia is included in the ranking of the best-selling cars models in Europe this year. The practical and well-equipped Octavia model was updated for a fourth-generation last year and continues to enjoy strong sales in Europe as always. Octavia remains Skoda's best-selling model.